Why Foreign Competition, Not Productivity, Is More to Blame for Job Losses in U.S. Manufacturing: A Primer for Policymakers

In a primer for policymakers, @ITIFdc answers the top ten key questions on productivity and job loss in U.S. manufacturing.

In the first decade of the 21st century, U.S. manufacturing employment cratered by an astounding one-third. As experts poked through the wreckage, the received wisdom that emerged was straightforward. As Columbia University’s R. Glenn Hubbard commented in 2012: “The decline in U.S. manufacturing employment is explained by rapid growth in manufacturing productivity.” That is, thanks to new machinery and software, manufacturers no longer needed as many workers as they once did to produce a given amount of output. This was an oddly comforting analysis, because it let unfair foreign trade practices and declining U.S. competitiveness off the hook. But despite being regularly repeated and widely accepted, the received wisdom was wrong. And worse, it made it possible to ignore the systemic rise of foreign mercantilist trade practices in the years that followed. 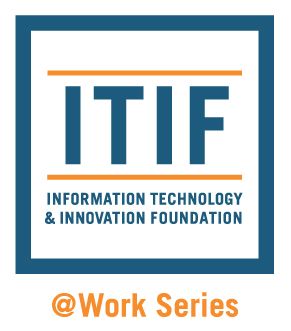 Getting this analysis right is critical, because if the manufacturing job losses were due entirely to superior productivity then the only necessary policy response would be to provide more and better assistance for laid-off production workers. But if a major portion of the loss was due to trade, then the proper policy response would also include taking tougher action against unfair foreign trade practices and enacting a national manufacturing growth and competitiveness strategy.

ITIF has conducted in-depth analyses showing that while superior productivity growth did contribute to U.S. manufacturing job losses, the bigger factor was unfair foreign trade practices and the U.S. manufacturing sector’s lack of competitiveness. This primer provides an overview of 10 key questions and answers that the prevailing wisdom cannot explain.

Robots, Automation, and Jobs: A Primer for Policymakers