Lessons from Foreign Countries on How U.S. States Can Spur Manufacturing 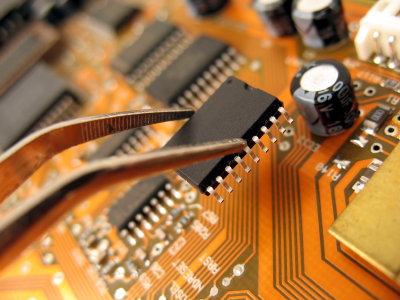 At the National Governor’s Association March 2012 Chicago Policy Academy forum on “Making” Our Future: Encouraging Growth Opportunities through Innovation, Entrepreneurship, and Investment, I shared several insights on how other countries are implementing innovative policies to attract or to grow manufacturing that may be applicable for policymakers in U.S. states, and thought I would recount those policies proposals here.

One policy instrument gaining global traction is the use of innovation vouchers (or “innovation checks”) to spur R&D, new product development, and/or innovation activity in SME manufacturers. Almost a dozen countries—including Austria, Canada, Belgium, Denmark, Germany, the Netherlands, Ireland, and Sweden—as well as Iowa in the United States, use innovation vouchers. These vouchers, usually ranging in value from $5,000-$30,000, enable SMEs to “buy” expertise from universities, national laboratories, or public research institutes regarding preparatory studies, analysis of technology transfer, analysis of the innovation potential of a new technology, etc. The intent of the vouchers is both to spur innovation in SMEs and to stimulate knowledge transfer from universities and research institutions to SMEs; they also have an added benefit of more closely aligning the interests of industry and academia in a country.

The first two documents included review the effectiveness of Austria and Holland’s innovation voucher programs. A brief summary: Holland’s innovation agency, Senter Novem, has found that the program substantially stimulates innovation—eight out of ten vouchers issued resulted in an innovation that would not have otherwise come to fruition and 80 percent of new R&D jobs created in Holland since 2005 are attributable to the vouchers. Likewise, a 2011 review of the Austrian Innovationsscheck found it to be “a very useful program” that engendered positive networking effects between SMEs and research institutions and through which approximately five hundred SMEs had started an R&D effort.

Clearly, the United States stands to learn something from the effective policies Germany has put in place to support its manufacturing industries and manufacturing workforce. Two useful guides are Germany’s Central Innovation Program (ZIM) for SMEs and the High Tech Strategy of Germany. The High-Tech Strategy identifies seventeen advanced cross-cutting technologies (ranging from biotechnology, nanotechnology, and microsystems technology to optical, materials, production, and information and communications technologies) that are critical to the ability of German industries and its broader economy to compete. For each technology, the strategy undertakes a SWOT (strengths, weaknesses, opportunities, and threats) assessment of where Germany (that is, its enterprises, universities, and research institutions) stand with regard to the development and deployment of the technologies. The strategy helps to identify gaps and to coordinate the resources of Germany’s government, enterprises, and universities towards charting technology roadmaps to ensure German leadership in these technologies. U.S. states would be well served to develop similarly comprehensive strategies that articulate the strengths, weaknesses, assets, competencies, and needs of their manufacturing economies, and the German model provides a useful guide.

Germany’s Central Innovation Programme (ZIM) for SMEs has three components: ZIM-KOOP, ZIM-SOLO, and ZIM-NEMO. ZIM-KOOP supports R&D cooperation projects among SMEs or between SMEs in conjunction with universities or research organizations by providing research project subsidies. The Central Innovation Programme provides grants of up to 50 percent for the SME and up to 100 percent per participating research institute, with a maximum of $245,000 per project. The program, launched in July 2008, has supported an average of 6,000 projects annually with a total of 19,500 applications received and 13,000 awards granted. Germany’s 2011 ZIM budget totaled $545 million, but it received an added $1.26 billion boost (over 2010 and 2011) as part of Germany’s economic stimulus package. By 2015, the ZIM budget is expected to grow to $735 million annually, all for SMEs. The full report comprehensively documents the ZIM program and how Germany supports its manufacturing SMEs, and may contain useful ideas for state policymakers looking to do the same.

Finally (while not foreign), a very useful resource is SSTI’s report on Legislative Action in the States on Tech-based Economic Development in 2011. The report highlights innovative policies U.S. states are using to support manufacturing by providing access to capital, introducing tax incentives, investing in research, supporting higher education investments and STEM initiatives, reorganizing economic development and T-BED activities, and supporting clusters. For example, the report discusses how states like Louisiana and Virginia have expanded (e.g. made more generous) R&D tax credits for research that firms in the state undertake with the states’ universities. (A number of countries and states in Canada, like Ontario, do the same). It also profiles Connecticut’s Manufacturing Reinvestment Accounts, which allow manufacturing firms to invest funds of up to $100,000 annually in tax-deferred investment accounts that can subsequently be withdrawn for expenditures on capital equipment and machinery, workforce training, or R&D. Overall, the report provides a great guide to innovative legislative proposals in the states to support manufacturing.

The Myth of America's Manufacturing Renaissance: Q&A with Adams Nager